Americans Want to Live Where Weed is Legal

Why Do Americans Want to Live Where Weed is Legal?

According to a recent survey conducted by the real estate company Redfin, a plurality of Americans want to live where weed is legal. That should come as no surprise, given that legal cannabis is associated with a reduction in crime and improvements to the local economy. 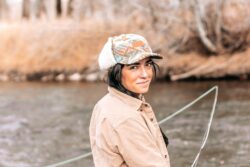 The survey was conducted in August 2021 on 1,023 U.S. residents who had moved within the last 18 months. Among people who recently moved, 46% said they would want to live where cannabis is “fully legal” compared to 22% who said they want to live in a place where cannabis prohibition is still in effect. According to a CBS News Poll, 55% of Americans feel that recreational marijuana should be legal in their state. And 60% of Americans believe that people convicted of nonviolent cannabis offenses in states that now have legal cannabis should have those convictions removed.

Why Do Americans Move to States Where Weed is Legal?

According to Ryan Carrigan, the founder of MoveBuddha, nearly 5% of people moving to states with legal recreational cannabis mentioned legal cannabis when discussing their move. While that may seem like a small number, he notes: “We don’t ask people anything about marijuana as a part of our discovery call…The fact that nearly 5% of people, unprompted, mentioned weed is astounding. It really begs the question, if we had asked about pot, how much higher would that percent be?” Cannabis legalization is associated with a wide range of economic improvements. For example, research conducted by Clever Real Estate found that “home values increased $6,338 more in states where marijuana is legal in some form, compared to states that haven’t legalized marijuana.” Clever Real Estate’s study draws on data from Zillow, the U.S. Census, and other sources. They found that the increased tax revenue from legalizing weed translates into “new investment in things such as public services and infrastructure,” which drives up property value. The study found that for every $1 million in additional tax revenue from cannabis sales, home values increase by $470. Additionally, they found that states that legalize adult cannabis use had the greatest increase in home values. Notably, the presence of dispensaries has a significant effect on home values. The study found that “home values increased $22,090 more in cities with recreational dispensaries, compared to home values in cities where recreational marijuana is legal but dispensaries are not available.” And that “with each new dispensary a city adds, property values increase by $519.” This study was not the first time that legal weed was associated with higher property values. Economists at University of Oklahoma attempted to tease out the impact of legal weed on real estate prices and found that legalization “has beneficial spillover effects at both the state and local levels.” If you live in a legal state, you might want to get involved in the cannabis economy after reading this article. One of the best ways to get involved in the cannabis economy is to start a cannabis business.

Use the Jointly App to Get More Out of Cannabis

Have you started your cannabis wellness journey? Jointly is a new cannabis wellness app that helps you discover purposeful cannabis consumption so you can achieve your wellness goals with cannabis and CBD. On the Jointly app, you can find new cannabis products, rate products based on how well they helped you achieve your goals, and track and optimize 15 factors that can impact your cannabis experience. These 15 factors include your dose, the environment in which you consume cannabis, who you are with when you ingest, how hydrated you are, the quality of your diet, how much sleep you got last night, and more. Download the Jointly app on the App Store or the Google Play Store to get started on your cannabis wellness journey.